Effective immediately drop off service is only offered on Fridays between the hours of 9 a.m. and 1 p.m. 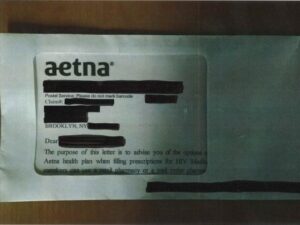 Aetna settled a lawsuit for $17 million Wednesday over a data breach that happened in the summer of 2017. The privacy of as many as 12,000 people insured by Aetna was compromised in a very low-tech way: The fact that they had been taking HIV drugs was revealed through the clear window of the envelope. (more…)

A Florida healthcare provider, Orlando Health, is notifying patients impacted by a breach, involving insider record snooping during the treatment period, of patients brought from the Pulse Night Club Incident. During high-profile emergency situations and other crises, it is a challenge for healthcare organizations to protect the privacy and security of patient information, from inappropriate access, of people who are part of the organizations workforce. Curiosity &snooping seem to be part o

Comprehensive government study of identity theft turns up . . . WASHINGTON DC - Even federal regulators were surprised by what the most comprehensive government study of identity theft turned up: nearly 10 million victims and a loss of $53 billion for businesses and consumers last year alone. And those numbers probably are low because many identity thefts go unreported, Federal Trade Commission officials said Wednesday. It is a crime of the times. It is a growing crime, said Howard Bea